This isn’t new. It’s just new to me. I’ve built similar systems myself based on this idea, but IFTTT has done a really nice job of integrating a slew of social media sites and

smart phone sensors (well, location anyway) to allow for really simple automation. Besides you just have to love any service where the About link points to a page named wtf.

Some things seem obviously lacking right off the bat but then I’m a programmer – I want if this and this or this and that other thing then do these things and maybe wait for something else and then do that other thing. Which is probably why MY service was a research project, and this thing is a free web service that anyone can use. Sometimes just doing something a little awesome but in a way that’s simple to use is better. 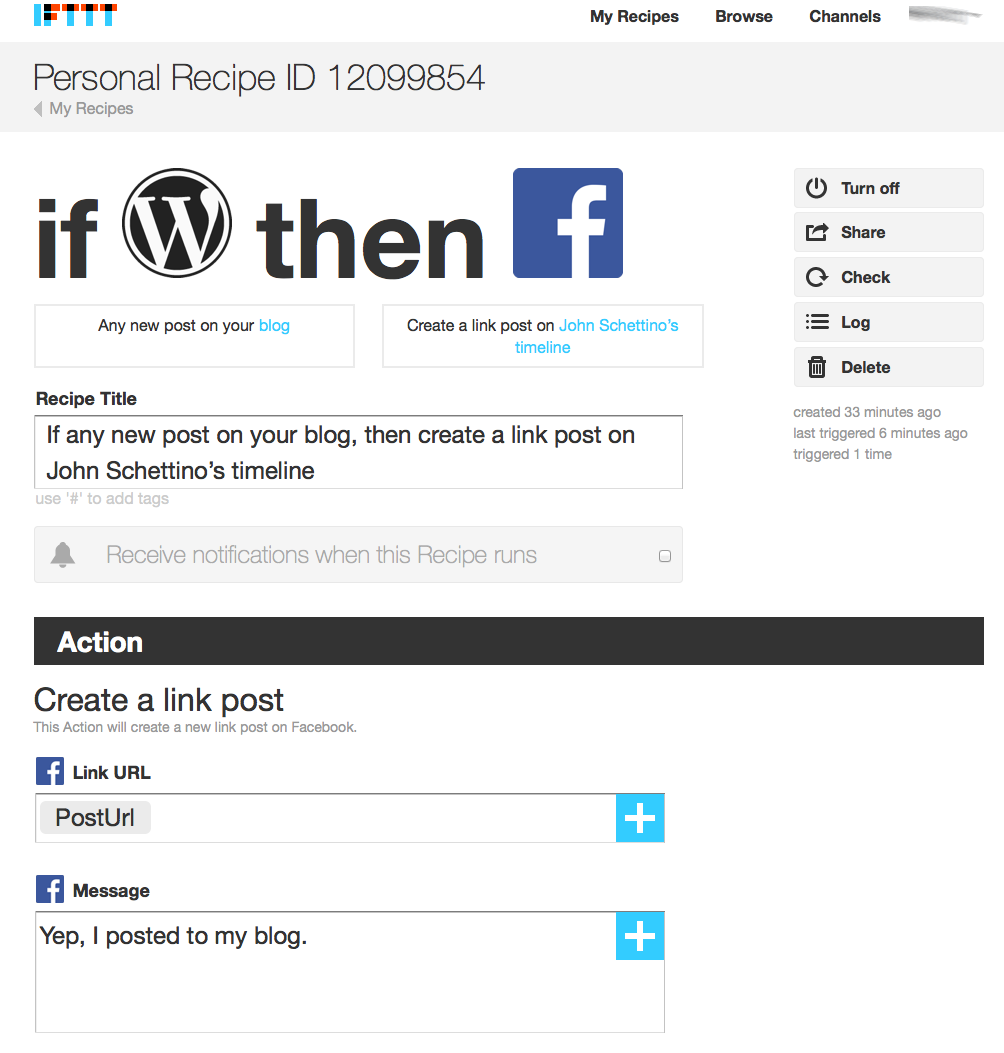 And (a few minutes after posting this…) 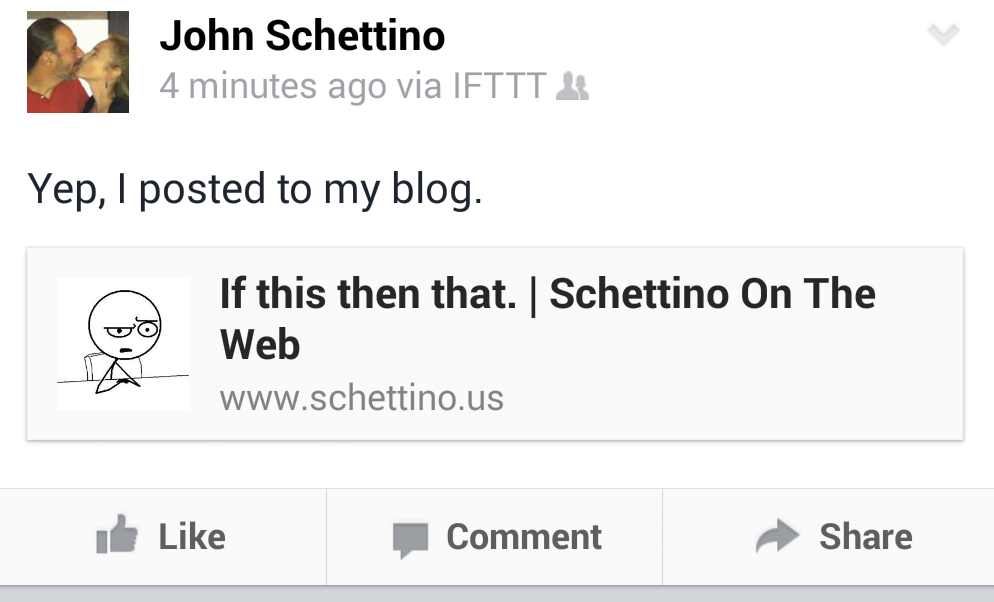 And that… is pretty nice.